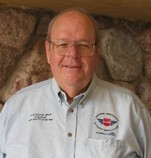 Robert Meder is a CFI with single- and multi-engine and instrument privileges. He was recently named the St. Louis FSDO 2009 CFI of the year, the Lincoln 2010 FSDO CFI of the year, and the 2010 Central Region CFI of the Year. He has been a check airman for a 141 operation, an active FAASTeam Lead Rep. He is active in volunteer activities at EAA AirVenture each year. Robert serves on the board of the National Association of Flight Instructors and is also an operating department manager with one of the largest railroads in the United States.

An easy way to donate. Choose the NAFI Education Foundation as your Amazon charity of choice!

The NAFI Professional Development Program needs presenters to produce courses in this members' only program.